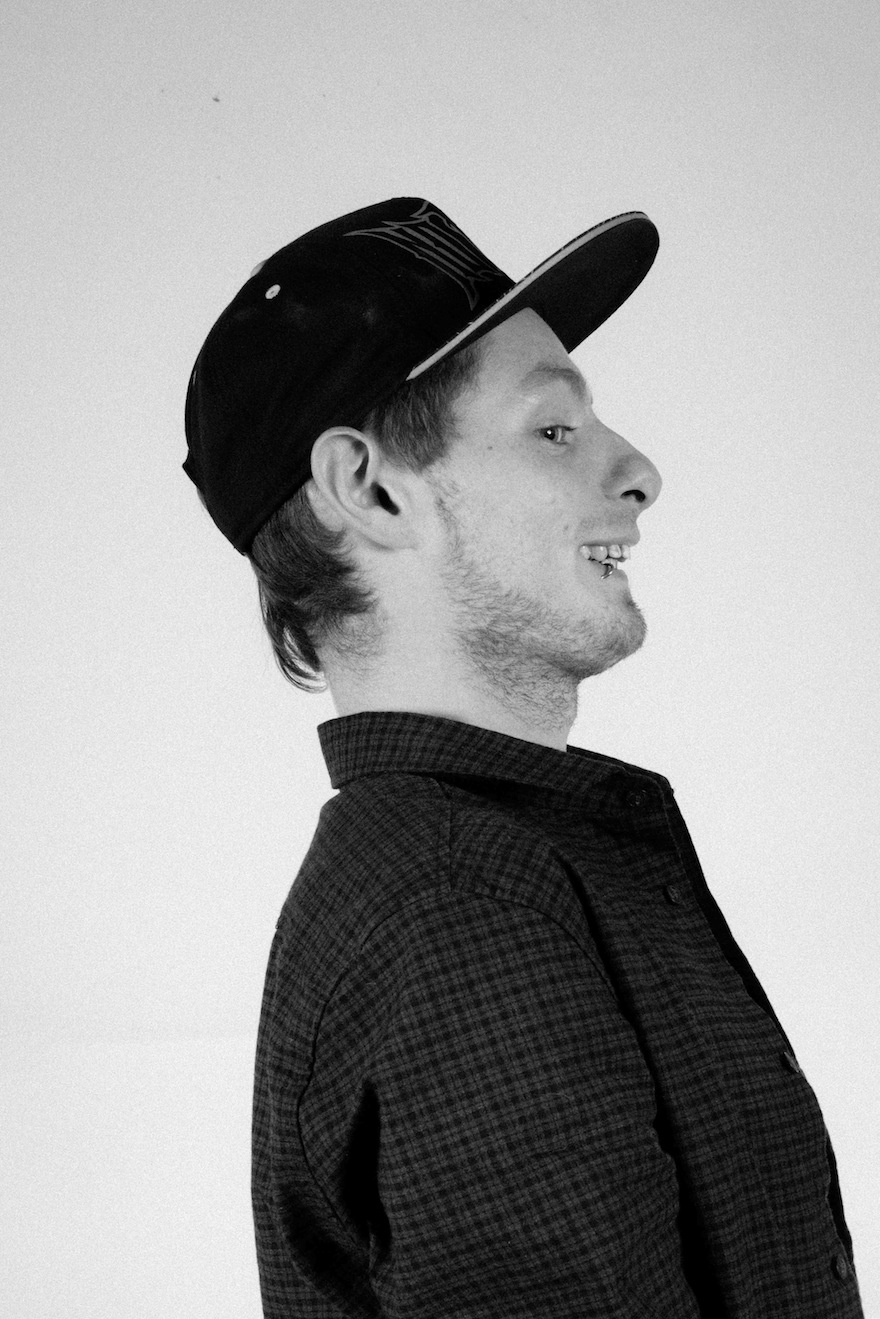 I meet so many awesome people.

I’m next generation punk. There’s going to be a movement, I believe. You’ve got a lot of bands like Sham, and GBH, who are still doing the rounds, but they can’t go on forever. And you’ve got a lot of bands like Brassick, Angry Itch, young people now on the scene, bristling with anger and rawness which the older bands don’t have any more. And sooner or later they’re going to have to step down, and younger people like myself – not in an arrogant way – we’ll take it forward.

I moved around a lot when I was younger. I didn’t get on very well at school. I was a bit of an outcast. And that’s when I discovered the scene, a whole group of people who don’t give a monkey’s who you are, as long as you treat people well. I’ve got a lot of older friends, which is from hanging about with dad and Sarah on the punk scene, and about a third of my friends are my age. Some of them aren’t even punks, they have different interests, they go to cocktail bars and whatever. That’s fine. And they come to a gig, and ask me What if I’m not wearing the right thing? What if I’m not into the music?

And I tell them it doesn’t matter. You don’t go for the music. You go for the people. You go for the atmosphere. Me and my dad have always said, any group of people you go to, in any local pub, there’s going to be 10% who are bad people, who don’t care about anybody else. They won’t ever change, but everyone else will leave them behind.

I stay on the scene and do what I do because I love it. For me, punk isn’t a venture, it’s family. Whenever something bad’s been going on in my life, or if friends are having a terrible time, things where you think You should be at home because there’s something really bad going on in their life, things which they can’t control, things which are just happening to them... they’ll come out to gigs and see their friends.

No matter what’s going on, everybody has a good time. And that’s why I stay in it. The people. I meet so many awesome people, and they’re right on my doorstep. People don’t take the time to look around themselves, and notice other people and what they’re up to, and what they’re about, and that’s what makes the world work I think, what everybody else is up to.

I’m a drummer, but I play guitar and bass too. I’m not proficient enough to gig it, but I sit around at home and write stuff. I offer it to the band and they destroy it, but I still have my input! I’m a musician, but also a promoter and an organiser, and I’m really busy, which says a lot about me. When I put on a gig, bands know that I look after them, and that’s important to me. It’s half the battle. If the bands aren’t happy, they aren’t going to play a good show, and the punters aren’t going to be happy. It’s obvious. It’s simple. It’s not rocket science.

But it’s not me. It’s a team of us. My crew. We did the Birmingham Punx Picnic, but they put the festival together, not me. I just organise it. I’m actually looking at moving my career to do this in a professional capacity and not just on the punk scene, because I’m really good at it. Problem-solving, trouble-shooting, getting people from A to B, those are my skills.

Bluntly put, there’s no money on the scene. You’ll never make money on the scene. Never. But with some of the bands who’ve popped their heads up over the past few years, it’s an exciting time, and it’d be a shame to miss it. And that’s why I want to be involved in it, in being a promoter. To give these bands a chance, a place to go, and play good gigs.

What would you do if you won the lottery? Won a million pounds? I’ve talked about this with my dad a lot, because it whiles away the hours in the van. A large proportion of it would go to charity. A quarter, or a half. The problem with people who have a lot of money isn’t what they do with it, it comes down to basic human respect. There are two types of people in the world, those who respect their fellow man, and those who don’t. Someone like Donald Trump will not use his wealth and his power for good, because he doesn’t have any respect for people, whereas if you or I or anybody else on the punk scene got a large sum of money, we’d use it differently.
It’s not about getting ahead for me, it’s about making sure everyone’s walking at the same pace. That no-one gets left behind.