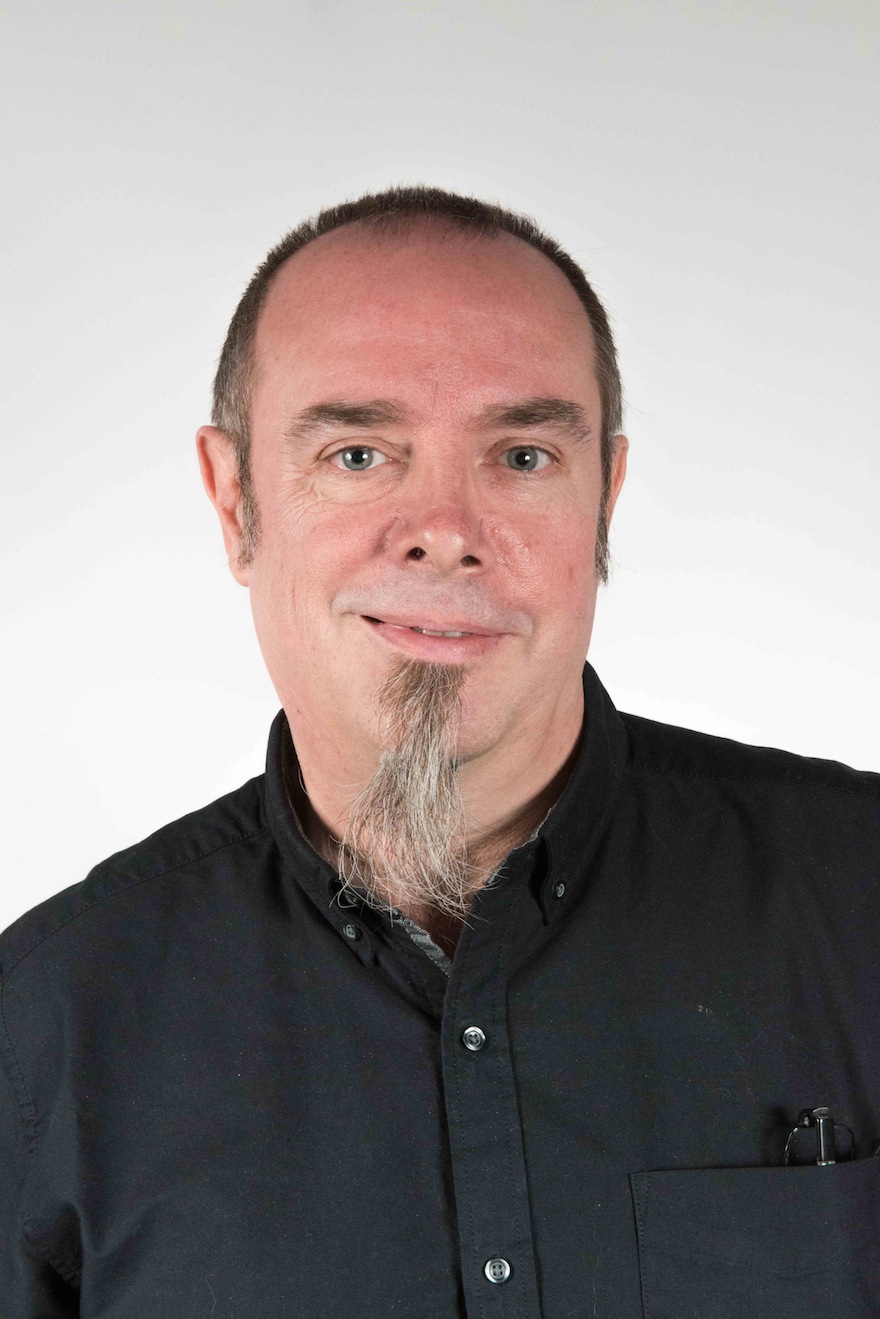 You had to go to Wolves or Brum to see punk bands.

I got into punk on my own. A one-man thing. It took maybe three years to find other people who were into punk too. I’d see people about, but they all seemed to be older than me, and I couldn’t pluck the courage up to speak to them. Then I bumped into this fella Paul Church – who everyone called Charlie – and we got chatting, and things opened up.

I started going to the school discos, because you could take your records with you and say to the DJ Can you play this record? He’d play a track off it, and you could get up and dance to the music you liked. We went to one place, Bloxwich Baths – because in the winter they’d close the baths, put boards down over it, and make it into a dance hall or a disco – and we gave the DJ a record and asked him to play a song. Now the record was by Discharge, and their tracks were like a minute long. And the gap between tracks was so short that he didn’t have time to lift the needle, so he ended up playing three songs, which was all of the record.

I used to go down the Trough, of course. I was still at school the first time I went in there, but a lot of people were. It was an important pub really, where everybody met. I couldn’t get in any other pubs – they wouldn’t let us in because of how we looked. Not that we were going to cause any trouble, but they didn’t see it that way. And there were some pubs you didn’t want to go down because you knew you’d get your head kicked in if you did. But the Trough was the place where punks could go and have a drink and not worry about trouble.

In Walsall, there was just the Trough. And Cats. We went down Cats for a bit because someone had been sick in the back room of the Trough and we got the blame and got banned, so we decamped to Cats. Back when they had the cats, too – the pub had a very distinctive smell. On the jukebox they had just two tracks we could even think of playing. One by Saxon, one by Bauhaus. So it was a bit of a drop down from the Trough, where there were discos every Wednesday and Saturday.

The first gig I went to was the Damned at Wolves Civic in 1979. You had to go to Wolves or Brum to see punk bands. They hardly ever played Walsall, although the Angelic Upstarts played the Town Hall in ’81. I was at that. There were a lot of skinheads at the gig – in fact I bought my ticket off a skinhead. Later I learned the tickets had been pinched from the record shop in town who sold them – Mothership, above Boots, a proper dingy place.

My favourite memory would be the summer of 81. There were gigs every week. It felt like every week we were meeting up and going to a gig. We’d meet in the laundrette in Bloxwich, and off we’d go. Back then all the buses were just 2p, so you could go anywhere in the West Mids for 2p. One bus all the way from Bloxwich to Brum. It took about an hour to get there, mind, but then we had time. That was one thing we had plenty of. When Crass played in Digbeth, it was only a pound to get in, 4p for the bus there and back. A bargain.

That December, we organised a coach from Bloxwich to the Christmas On Earth one-day punk festival in Leeds. I only decided to go the day before, after a gig in Walsall where this chap I knew got stabbed, and had to go to hospital, so I bought his ticket off him.

The weather was dreadful. Heavy snow. Everybody got to the coach and the hair they’d spent so long spiking up was flat and wet. And the driver didn’t want to take us – not because of how we looked or who we were, but just because the weather was so awful. We got drunk on the way there, and we got there and it was horrible. Damp and cold and wet. But the bands were great. We got back to Bloxwich at something like 3am.

I was singer in Out Of Order for a few years. They couldn’t find anybody to do it, so I had a go. We gigged in Walsall and Birmingham, and even as far away as Oldham and Leeds. We recorded a demo, too. It was only on cassette, but it felt like a big deal, and sometimes they’d play it at the Trough disco.

I think I’ve come full circle now. I’m still not part of the mainstream of society, I’m on the outside, that’s what it feels like, and that attitude was very much part of punk, as far as I was concerned. I’m on my own again. I don’t play my music to anyone, just listen to it on my phone or whatever. But I’m happy. Nobody knows what I listen to. Back in the old days, you couldn’t listen to certain records, you couldn’t own up to liking them, it was wrong to like it.