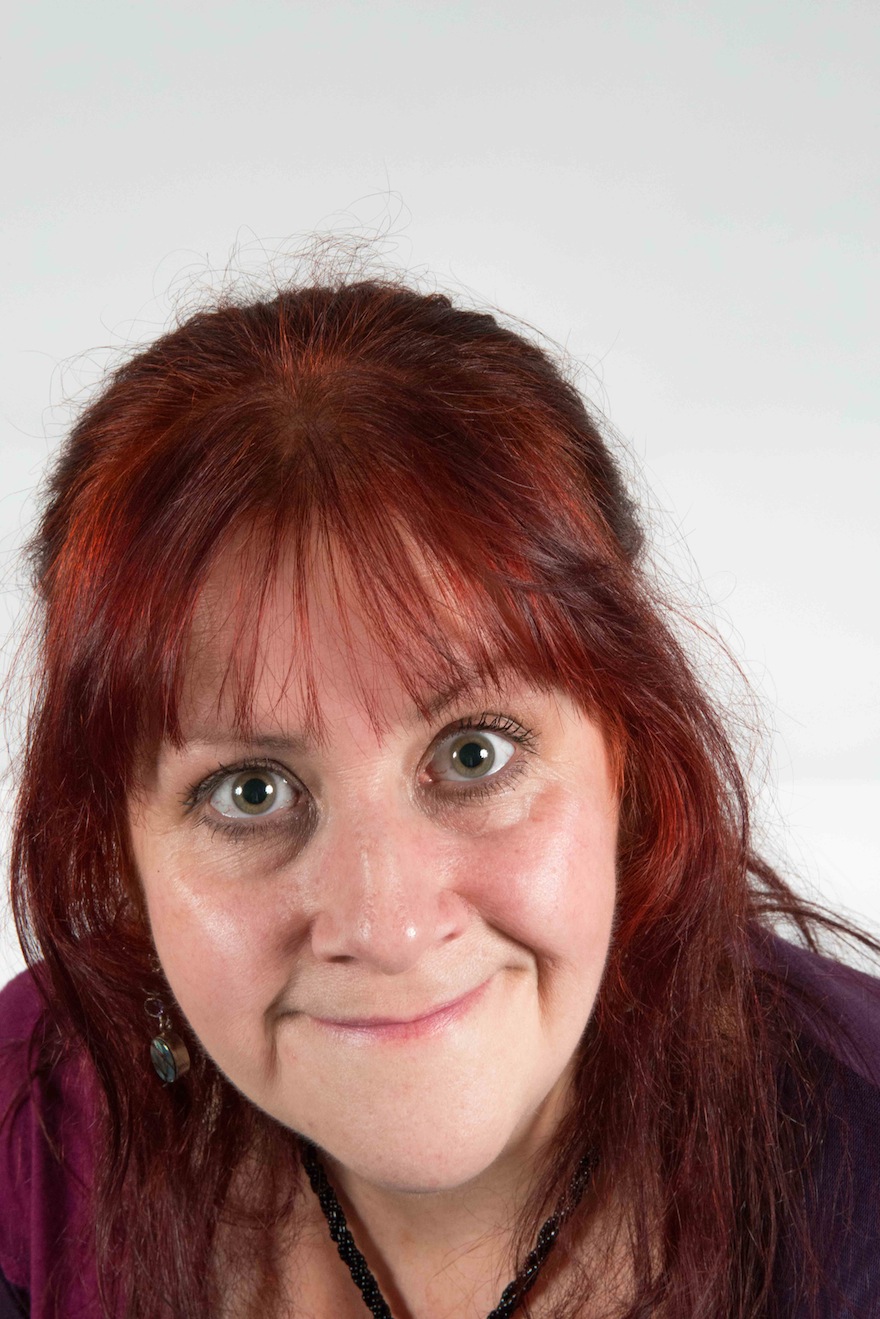 I’ve still got punk attitude. I’ve conformed in the sense I’ve now got a job. But for years I wouldn’t conform, and people wouldn’t employ me dressed the way I was, and I refused to change. I had facial piercings, a massive ring in my nose, my ears pierced alt the top and on the lobes. I was like that right up to my forties.

As a teenager, I used to go to the mainstream normal disco upstairs at The Elms in Aldridge in my pencil skirt, my hawaiian shirt, and my high heels. Stilettos, for god’s sake! Downstairs was the new romantic disco. People with weird hair, weird clothes, weird make-up. I used to stand in the doorway and watch them, just absorbed. One day I was there, and this girl from school – Annette the poet we called her – came over and asked if I wanted to join them. I said yes, so she took me over and introduced me to all these punks, and that’s where it all began!

My mom wanted me to be this normal girl, and she was very disappointed, because I wasn’t. I got more and more punk. A six-inch red mohican with the sides of my head shaved. Bleached jeans. Tight-as-tight-can-get jeans. Bleached in the bath. Knots tied in them for tie-dye bleach patterns. Chains hanging off them. A fox’s tail hanging off them at one point, I think. A glow-in-the-dark Jesus crucifix, plastic, with a hole in his feet and hands. I think he was originally attached to a cross, but I didn’t have the cross, I just had him. I found him hanging up in a charity shop with all the jewellery, so I had him hanging from my jacket!

The jacket was a leather biker jacket, with studs across the back, and down the edges of the lapels. On the back of it I painted Evil Edna. She was a character out of a cartoon for kids each evening, Will O’The Wisp, on at twenty-to-six every tea-time, before the news. There was Mavis Cruet the fat fairy – I loved this programme – and there was Evil Edna, the malevolent TV. Annette had started calling me Evil Edna, and it became my punk name, so painting a picture of it on the back of my jacket seemed the right thing to do. I had The Sears – the Walsall punk band Corny sang in –  painted across the bottom of it, too.

I followed them everywhere. Went to loads of their gigs, all across the country. We’d make our own way there, because there was only room in the van for them and their equipment. So we used to get the train, us faithful followers, go to the gigs, and hope we’d find somewhere to stay. I was into them, I loved Anti-Nowhere League, and I got into Crass big time, and started to question religion and the church. My parents had sent me to a church school, a christian school, so we had these mad arguments, because they hated what I was doing.

In the end, I went into the new age traveller movement. It was still punk in a sense. Anti-establishment, anti-government, anti-social. We didn’t want to be a part of society, which was what punk was about, going against the mainstream and not being conditioned or controlled, or brainwashed, or making you think the way everybody else thinks. This work-buy-consume-die mentality. I spent a year travelling all across Europe with a friend, and then came back and did the free festivals, and wrote a fanzine which was part of the Free Information Network. For nine years I produced an A5 booklet which came out four times a year and was all about the travellers, festivals, gigs, and punk attitude.

I’m glad I was a punk, because if I’d been mainstream, I’d have ended up with a normal job, worked in a bank, got a house, got married, maybe have kids, all the normal things that you’re conditioned to be from a very young age. I didn’t want that. I still won’t conform.

Punk wasn’t ever about fashion. It was about attitude, a statement. I may not look like a punk now but I’m still punk in my heart.