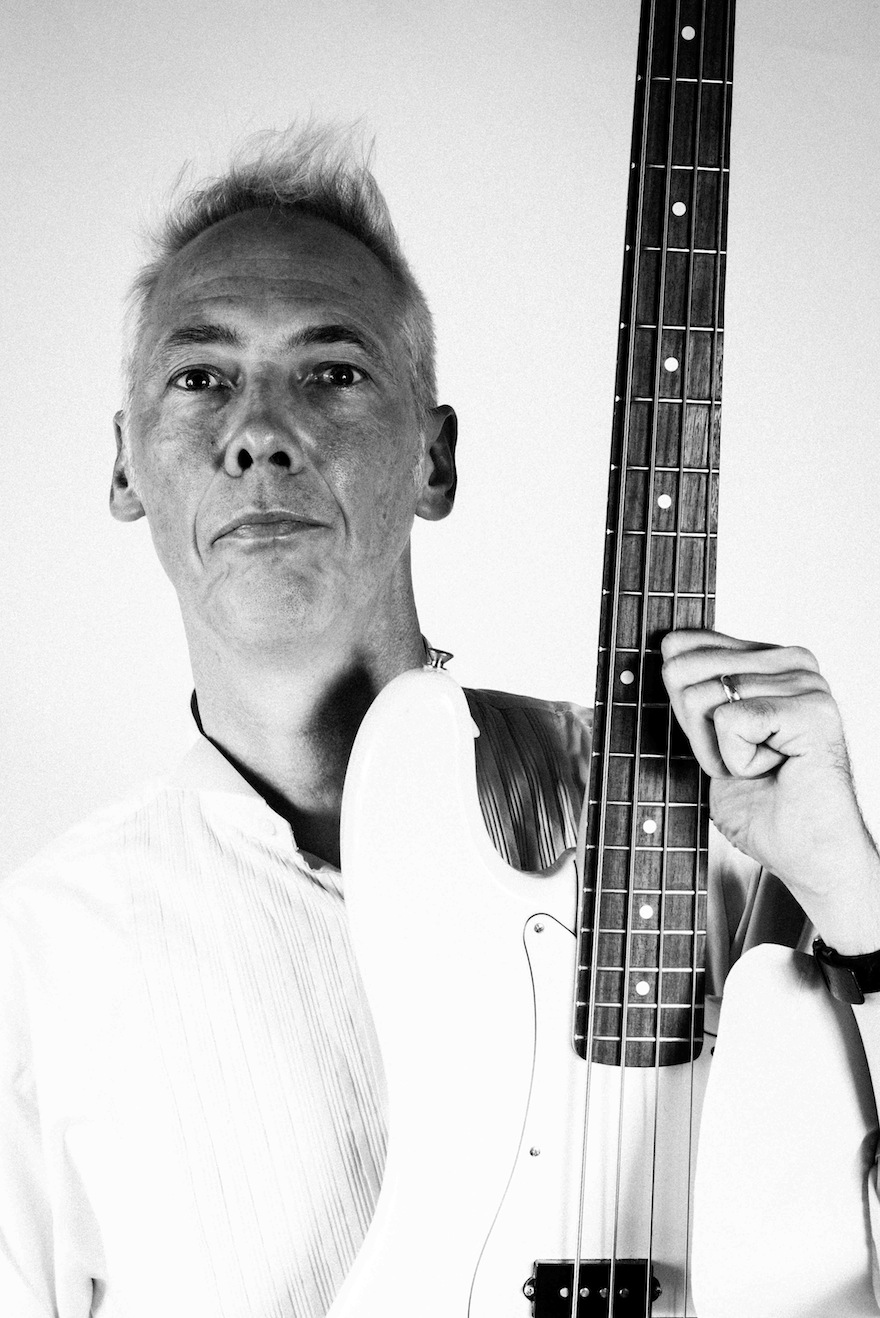 Anybody can do anything. Just try.

I grew up on Beechdale. I was fifteen, and just a few months from leaving school, when I read the headlines in the papers about the Pistols. This lad Dean Harris was on the punk scene, and he invited me round his house, showed me his blue brothel-creeper shoes, and played me the first Gen X album. It was fantastic, just pure rock and roll. I went, I’m in!

Punks were still a rare breed. Dean took me to a few shops round town, in Birmingham, Kahn & Bell and that, and we went to a few gigs, Gen X over in Aston, and then he kind of drifted off the scene and I got to know other punks. The Wednesbury lads, West Brom lads, lads from Cannock way. I’d go to gigs all over, and I’d go on my own, because there weren’t many of us around.

Being a punk in Beechdale, I didn’t get that much flak. Grannies would turn round and glare at me, but they just used to think I was bonkers, because I was pretty heavy-duty. I had bondage trousers, black creepers, stripy socks or pink socks, mohair jumpers, spiky hair, all that. I was full on. But it was impossible to avoid trouble all the time. I had a massive scrap on Bloxwich Lane once, after some lads called me a scruffy bastard. Another time I was in Pelsall and these older lads came round giving it We hate you punks! We hate you punks! One of them smashed me in the face, and when I hit the floor the other one kicked me in the face. They booted me unconscious and I had to go to the General Hospital in Walsall. That was pretty bad. It really knocked my confidence, and for a while I dyed my hair black instead of blonde so they wouldn’t recognise me if they saw me again.

First band I saw? Blondie at Birmingham Odeon. Best gig ever? The Clash at Wolves Civic with The Slits and The Innocents. My sister took me over in her car, bless her – my mom asked her to because I looked so outrageous. And it was horrible weather. Blizzards. We got to the Civic and there were punks outside in the snow having a big snowball fight. When The Slits came on stage, people were shouting at them, but when the Clash came on.... Wow. Four guys who were on fire. Honestly. Whenever I play a gig, I try and emulate the Clash, because – to me – punk is all about energy and vitality, and these guys had it in spades.

I walked home that night because I missed all the buses. I don’t know how I got back to Walsall, but I managed it. I was walking along in all my gear, singing Clash songs, thinking This is brilliant. Anyone who saw me would have wondered what on earth this loony was doing, marching through the snow, singing to himself, but I couldn’t have been happier.
See, what I really love about punk is the artiness of it. I love the fact that people do their thing, that people spend time investing time and energy and creativity in it. Back in the day, you used to make your own clothes, and your own clobber. I made my own bondage trousers, because you couldn’t get them in Walsall. I bought this old pair of RAF trousers, and I cut up the seams and put zips in them. My mom had leopardskin vinyl for covering her kitchen chairs – she must have been a bit of a punk herself – and I asked her for the leftover pieces. And I made leopardskin straps with D-rings in them. I taught myself how to do it, to sew them all together. You used to see people doing things like that, making stuff, spending hours making their own clothes.

I gave a mate a square of that vinyl. Next time I saw him, under his jacket he’s got this leopardskin vinyl. He’s made a whole jumper! Then he opens his jacket and he’s just sewn the square of vinyl onto the front of an old v-neck. Genius! It was art. You can paint a picture, but why not make yourself a canvas? That’s the art of punk. The effort people would put into self-expression, or making stuff for their mates. Art. You’re wearing art.

Now, I’m a dad with two kids and a missus, and a house to run. Every now and then I’ll step out of punk and do something else, but it’s still important, and maybe 50% of my friends are in the punk world. The people I know in it, they’re like my brothers, you know? Even all these years on, the passion and the vitality and the love of it is still there. I’ve broadened my life out, and not just been someone who looks like a hardcore punk all the time, because I wanted to do other things and have a family, but now, it’s come back round, because our families are older and life’s moved on. I mean, I take my daughter to gigs – only if she wants to – and I tell her Make of this what you will.

I could be a trainspotter, or a keen gardener. That could be my passion. But it’s punk. And I don’t see what’s wrong with putting bleach in my hair and wearing loud clothes, and listening to aggressive loud music. Because that’s my passion. And what I love about punk is people making clothes, flyers, putting fanzines together, writing, or making music. We’re all still painting those really wonderful punk rock pictures.

Johnny Rotten said Get off your arses! I see that as a positive message. Anybody can do anything. Just try.