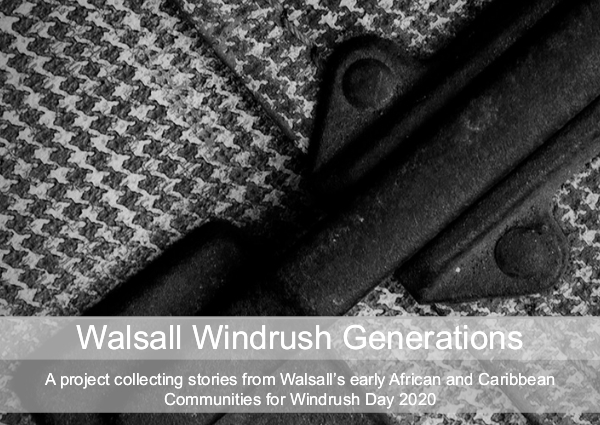 Supported by Walsall For All
Graphic design and photography by Nelson Douglas. 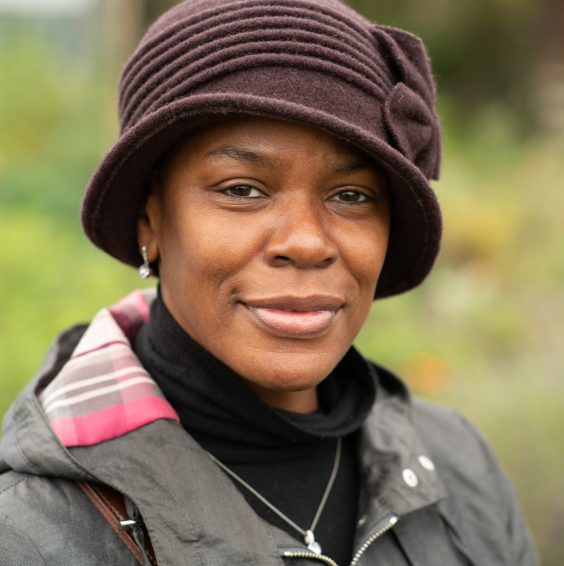 “Much of what I share with you now is from my perspective as a child born in Britain to parents of the Windrush Generation from the Caribbean. What I picked up as a child while growing up?

Some of our elderly people are reluctant to share their experiences. They try not to remember the fact that they were treated less than welcomed by the country they were always intreated to consider the 'mother country'. Many choose not to remember. They have buried their pain very deep.

I know little about my parent's arrival in the UK except the weather, the shared housing and the placard, 'NO BLACKS, NO DOGS, NO IRISH'. They were both hard workers and took menial jobs to make sure that we didn't go without.

Their fears of what might happen if we left the house, limited our lives. When going to school we had to make sure we walked the same way and not detract from the designated path that had other people looking out for us, making sure we arrived.

Since my father came to the UK in the 60's he has never stepped foot back on the soil of his birth. After you have eight children and two adult mouths to feed, house and clothe, it was seen as an excessive luxury.” 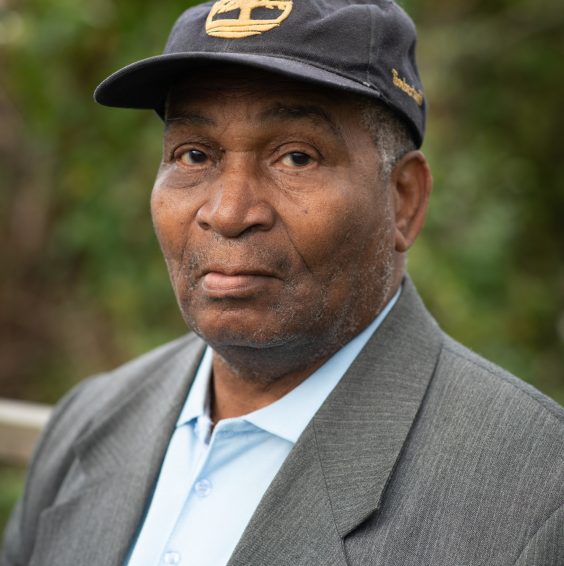 “I was quite happy to be coming to find a new life. I got a job on the railways 5 days after coming to Walsall and stayed until I retired.

One supervisor I was working with came to me one day and said I have to tell you the truth, you know when you people came and was working down Walsall, it made my blood boil he said that he hated us without a cause he was just confessing to me, that he realised that we were real people, we were all the same. You see when you have got a good attitude towards people it makes the difference.

I made so many friends that used to help me out. I would tell them I was a novice, I don't know much and everybody jumped round and helped me because of my approach. There were some that behaved like they know it all but I didn't, I got the help. There was more positive and that override the negative. I choose to focus on the positive.” 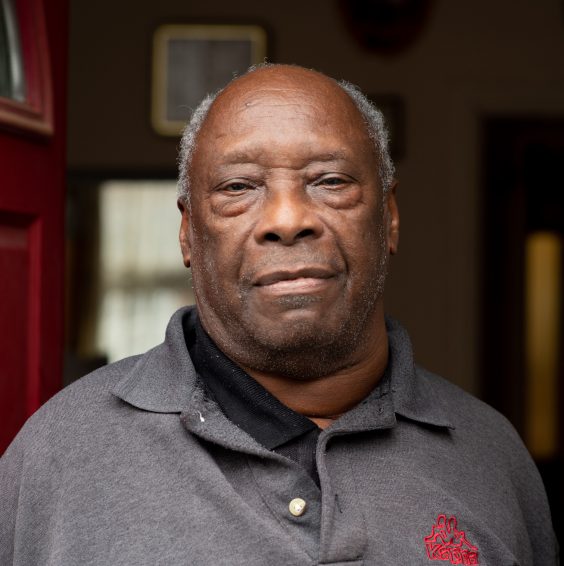 Jamaica to United Kingdom in 1961.

“I came here with £5 in my pocket and joined a friend who took good care of me. "But truly, if I had wings, I would fly back home to Jamaica. Kept asking myself why did I come here, give up my good job as a cabinet maker with wages of £15".

There was a lot of trouble with some white chaps, we had no justice for us when we got picked up by the police, so we worked together and executed our own punishment on anyone who called us nigger or hurt any of our people. We became our own judge and jury.

It only dawned on me a few years ago, I've been in this country 60 years and I've always felt I'm in prison. Very recently I accepted this [UK] is home. Back home in Jamaica most people I know have passed away.

Sun shone 24 hours, 12 months a year and music playing all day long. When we come here, we had to make our own entertainment. We would run a sound system every weekend because we wanted to keep a piece of home.

Slavery was abolished in 1832 when my grandmother was six years old. Some people tell me I live too much in the past, but you can't understand your future without knowing your past.” 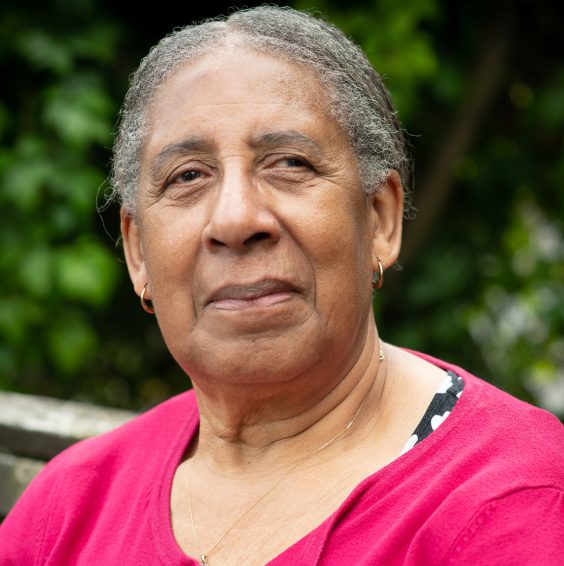 “My family are from the West African Kru tribe. My maternal Grandfather came to Liverpool before the First World War and married my nan, a local Irish girl.  My Father, also Kru, was born in Liberia, brought up in Nigeria and came to Liverpool in the1930’s. He was a seafarer working in ship’s engine rooms through the Second World War and into the 1960’s. He met and married my mom in Liverpool, I had a good childhood with my three sisters and brother.

My mom worked in a hostel for overseas students from all over the world, when the students couldn’t get home for Christmas, Mum would invite them all over for Christmas dinner and she would buy them all a present because she didn’t want them to feel left out.

I didn’t really feel prejudice growing up, later in life as Tawney Owl leader in a Brownies Group, we went to a National Annual Guide meeting and a bloke said to me, “It’s nice to see a bit of colour in the movement” My friend turned around confused and said “Where?” then realising he meant me “That’s just our Clare.” 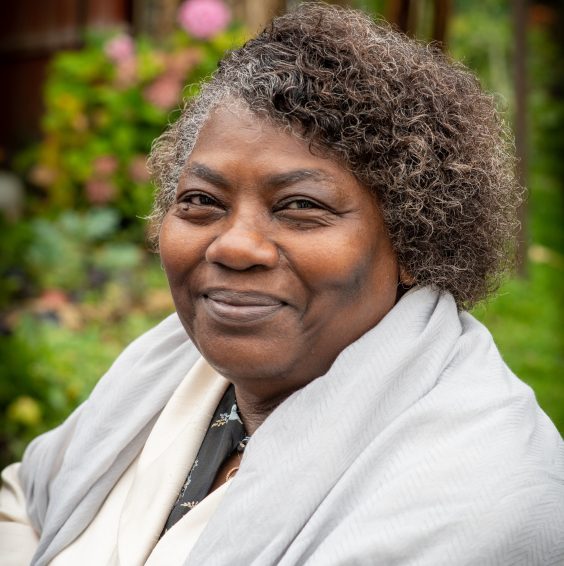 “A gentleman collected me in a minibus from the airport to take me to my parents. We travelled down the A34 through Cannock Chase which was lined with trees like the forests in Jamaica.

No sooner had I come here, I started attending a primary school in Pleck in the September. I had some nice teachers and not so nice teachers. I have a scar on my leg where one of the teachers, who shall remain nameless, pulled a chair from beneath me and made me fall. I told my dad who went to the school the next day to have a word with him.

As a young person there was always somewhere to go. I recall leaving school in the middle of the day and going to church to pray, because the kids were picking on me and I just had enough. At parents evening my father was told I skipped school, I had to make sure that I had my reason why and where I was.

We now had our own church that my father helped to purchase. It was open from 6am till late night, we could go in anytime as it was open every day. There was always somewhere for me to go as a teenager. It felt safe.” 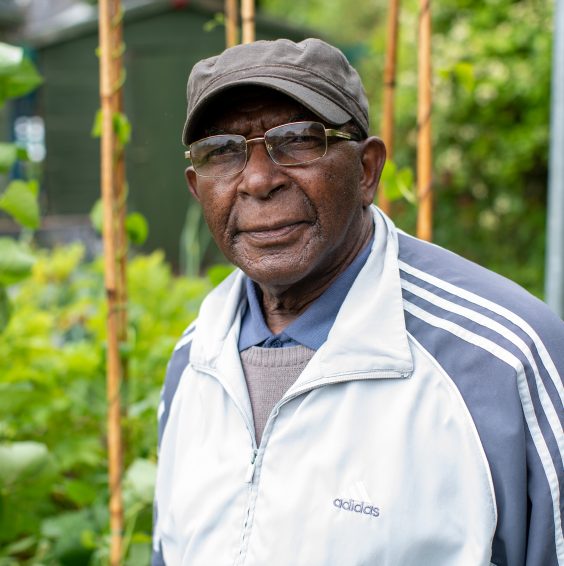 “I came on a boat and sailed from Kingston, should have reach in 14 days, but 23 days it took. There was a strike at the port, we transferred from Genoa, and France.

We run out of food on the ship. They gave us: 1 tin a sardine, one boiled egg and a cob.  We travelled all night on the train and the next day transfer on the ferry.

Mih never have it hard. Came to Pat's sister who was here from 1955. I was missing Jamaica. Fireplace with coal and you lock away in a room 4 walls you weren't free like how you were in Jamaica. I didn't have it hard.

I came to somebody and they took care of me. Some people had some tough times when they came. I got a job in 6 days. Mih gaffer was nice to me young man, and they liked mih always go to work dressed. Always work in the bakery so was on the bakery van, from I leave Jamaica and came here. Still do mih bread if mih want to. Still getting mih hand in the flour.” 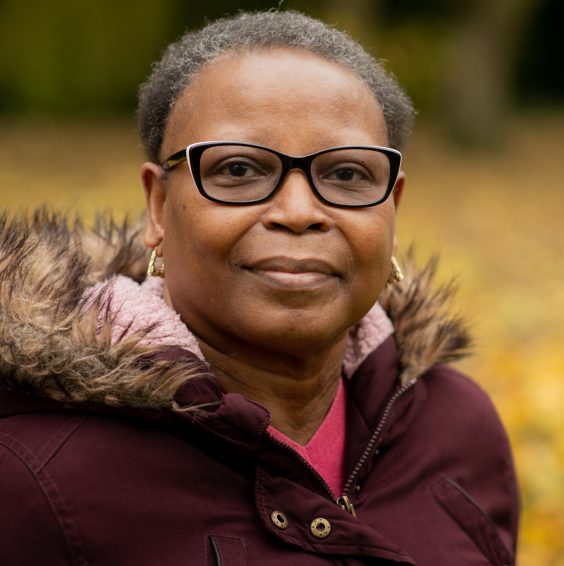 “I was 16 when I got here in the UK.  At 17 I decided that I was going to join the army. I needed mother's consent to join. She said 'no', I got my aunty to sign it when mum had gone to work. Told her I needed an adult's signature for a job. Technically it was, she signed it and I was going. I was excited.

I remember being on base and they came and said that my sister came to see me, when I got there it was mum telling me I had to come home. We had a little debate and I remained in the army.

Everything you did on the ward was assessed.  You were critiqued by staff and patients. Thankfully, I passed and became a qualified SRN. My nursing went well without much hiccup. I was a nurse for over 30 years. I specialised in midwifery, took 18 months. I was a midwife for 20 years. I've had a good experience since coming to the UK from Jamaica.” 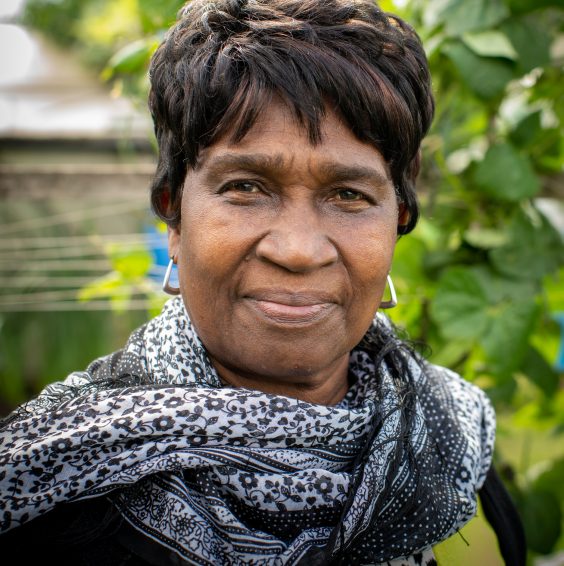 “Came from the sunny island of Jamaica to UK where there was snow on the ground and it was very cold. I wanted to go back home immediately. I wasn't stopping here. We started having children, so we stayed. We lived with family, it's different than when you come and live here with the Indians and other people. Being in this country was harder for some than it was for others. I didn't have it that hard. As a family we lived in one room, it wasn't so bad. We moved around a little and then we found a home where I'm still living today 40 plus years now.

Some of us would get on better if we would change our ways. We all know what's happened to our fore parents and we cannot keep carrying the old story on. Keep doing it and you will have nothing good to leave to those coming up. Just leave it!  We can't solve it. No man can sort it out, so leave it to God.

My mother never grew us up saying white people are horrible, no she and dad won't do that, dad says that some of his family is Scottish. It is fantastic sitting and listening to him telling the story. Life for me was good.” 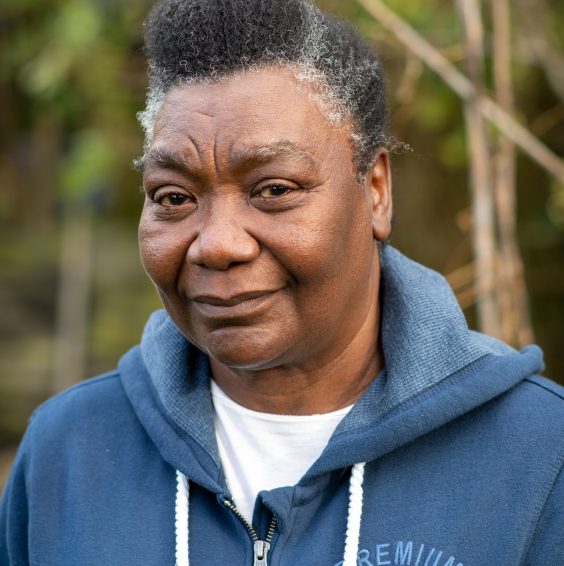 “Came to England May 1962 just before my sixteenth birthday in June, the same year Jamaica got independence. I was sent here for better opportunities, you know, we were coming to the mother land.

I joined the nursing cadet at aged 18 then went from there to the nursing area of my choice. I can't say that I was overly hassled by anyone, but there was sometimes, a feeling, an atmosphere. Some patients would tell me in no uncertain terms, they don't want me to look after them. For the more subtle ones it was just a look. I realised that they were as uncertain about me as I was about them. When it was time for them to leave the ward, we were the best of friends.

When I became a nurse in charge, the staff that were racist and rude towards me I dealt with them down official lines. Some I had a private word with behind closed doors. I chose to not be treated badly. I didn't allow their behaviour to get under my skin.” 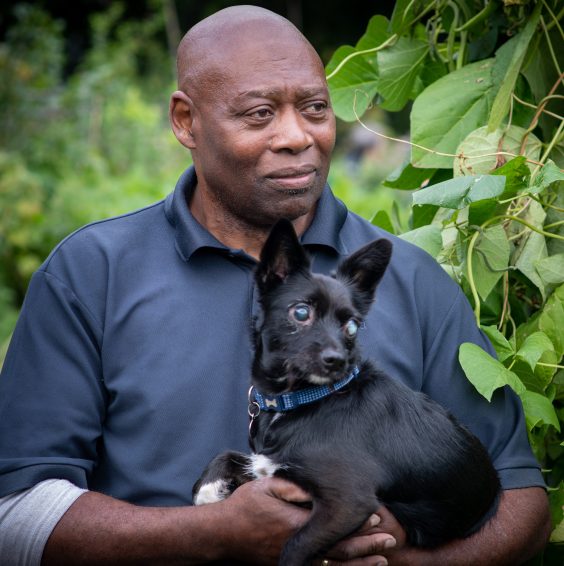 “I came to join my mum.  I've grown up and I've always been around people. Love the connection. These days, I love being in my space here. I've had this allotment plot for 7 years now. This place gives me so much peace. I've met a few people from doing gardens, gardening is my thing.

I sit and watch the squirrels and pigeons, just listen to the birds, I've created a space for the bees. When the rain falls, listen right on que. Listen to that sound, you just can't beat being out in nature. You can sit right here and be anywhere in the world. You can't put into words to anyone the tranquillity of an allotment, they have to come and experience it for themselves, it's not escape, but it takes me into a place of peace and creativity when I come here to work.

I love creating with my hands, what I imagine I try and recreate it for this space here and my gardens. Next year that yellow plum tree will grow like an umbrella. Over there will be a collection of white flowers and plants. Creating my own piece of paradise right here on earth.”